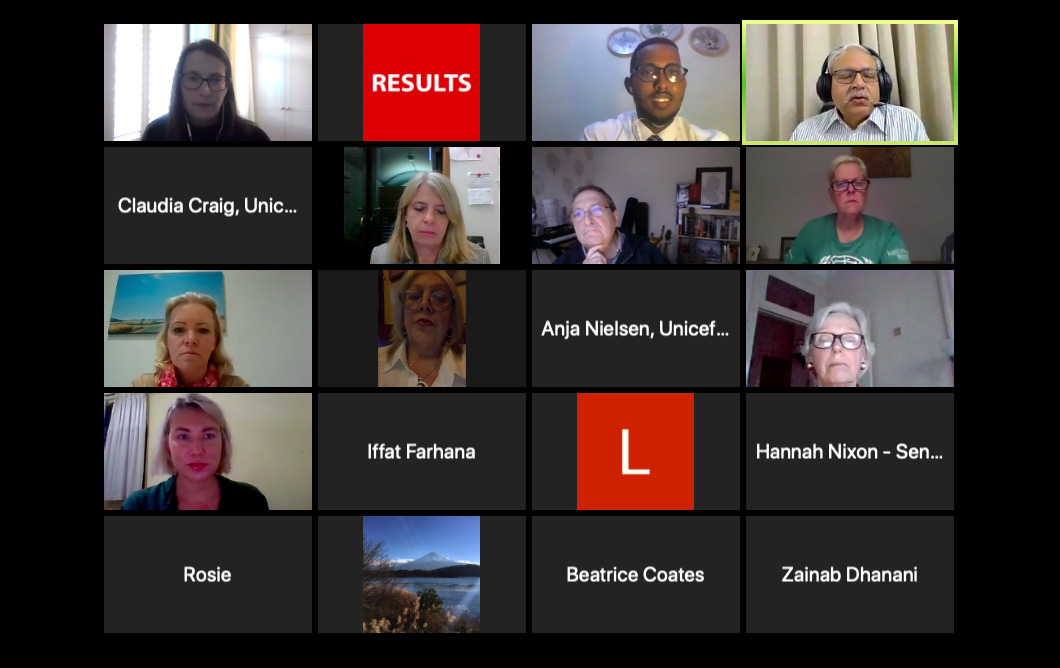 Yesterday, the All-Party Parliamentary Group on Global Education and Unicef UK co-hosted an online webinar, Girls on the move in a changing climate, which explored climate induced displacement and girls education.

After opening remarks and introductions from APPG Chair Harriett Baldwin MP, the floor was handed to our three guest speakers from around the world. Firstly, we heard from Dr Saleemul Huq in Bangladesh, who is director of the International Centre for Climate Change and Development (ICCCAD). He spoke on his work to tackle the impacts of climate change on vulnerable communities in South Asia and the gender imbalances in vulnerability to climate shocks that mean women and girls are especially at risk. Dr Huq also highlighted the importance of next year’s COP26 as a key moment for countries to demonstrate their ambition to control global temperature rises and limit the devastating effects of future climate shocks.

We then heard from youth activist Faisal Nur Ali who joined us from Mogadishu, Somalia. Faisal spoke on the changing frequency and extremity of climate shocks in the Horn of Africa and these shocks’ impact on girls’ access to education, education infrastructure, nutrition, food security and livelihoods. He described how entrenched gender inequalities mean that when climate shocks occur girls are often the first to be pulled out of education, how climate-induced displacement causes extended disruption to education, and how rural communities’ livelihoods are especially at risk which inhibits families’ ability to afford school fees and uniforms. He also spoke on the impact of heavy rains in Mogadishu which recently caused a number of physical obstructions to regular school routes heavy rains and school closures.

Finally, we heard from Unicef UK’s director of advocacy, Joanna Rea. She focused on the UK’s role in placing girls’ education at the heart of the global conversation on climate change ahead of a key year for climate action. She warned of the threat that proposed cuts to the UK’s aid budget pose for the achievement of the UK’s global education strategy and underlined the need for the Prime Minister to match his commitment to girls’ education by providing the necessary financing for both climate mitigation and education programming in 2021 and beyond. Joanna also identified how both UK and global leadership at next year’s G7, COP 26 and GPE replenishment will be key to tackling the twin threats of COVID-19 and climate change, and called for action now to mitigate the impact of climate-induced displacement on the achievement of the SDG’s and girls’ access to education around the world.

Parliamentarians were then able to pose questions to the panellists before the Q and A was opened up to the audience where a range of topics were discussed including international collaboration on climate resilience, low-tech educational solutions, informal education, and country level planning for mitigating the effects of climate on education and displacement.

We would like to express our thanks to Unicef UK, the speakers and the audience for being a part of this event.