MPs call on Government to unlock education for all 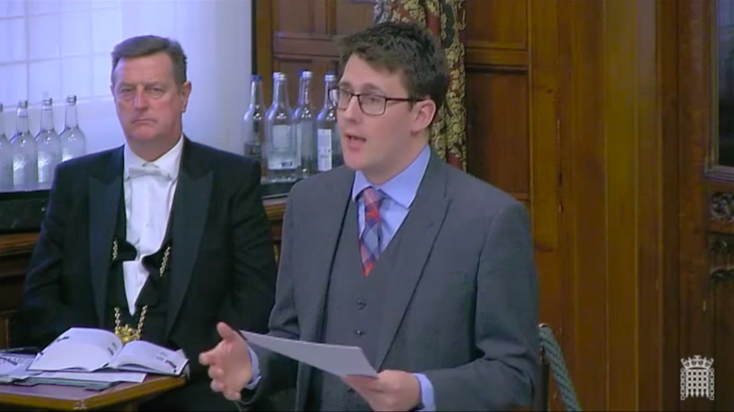 “MPs would not countenance the idea that the children in the poorest parts of our constituencies do not go to school while those in more affluent polling districts get an education, but on a larger scale that is essentially what is happening in the world today”.

Mr Linden finished his speech by making a series of recommendations, based on the policies set out in the Send my Friend to School report, Unlock Education. Principal among these were that the UK Government should champion the “leave no one behind” pledge and use forums such as the G7 and G20 to press other governments to do likewise.

Mr Linden also made the point that DfID should engage marginalised children and their families at the grassroots level and work with other country governments in order to support the development of fully inclusive education systems.

Lastly, Mr Linden urged the Government to increase its financial support for education, principally by increasing their financial pledge to Education Cannot Wait, an organisation that delivers education in humanitarian contexts that is refreshing its budget this year.

Throughout the debate, Mr Linden’s points were echoed by MPs from across the political spectrum, including Stephen Twigg, Henry Smith, Kate Osamor, John Howell and Jim Shannon.

Responding to MPs, DfID Minister Harriet Baldwin remarked that the Government is “absolutely committed to driving a step change in the global response to the learning crisis.”

The Minister went on to say that, “in fighting marginalisation, our first priority is to close the gender gap.” She highlighted the work that the Government did at the Commonwealth Heads of Government Meeting last year, when the UK signed the safe schools pledge and assured members that the Government will continue to “lead the campaign on 12 years of quality education.”

Minister Baldwin pointed to UK support for the Global Partnership for Education and to Education Cannot Wait but would not be drawn on what kind of commitment DfID will make when they come to re-commit funds later this year. She also commented on the leadership role the UK has displayed in establishing the Inclusive Education Initiative and the Girls Education Challenge.

Closing the debate, Mr Linden remarked, “debates like this are about ensuring that the House empowers the Minister to go to the Treasury and argue for further investment and resources. I think we did that very well. Much more can be done to move this agenda forward through the APPG on global education, but given the consensus we heard today, I am confident that we can move forward”.